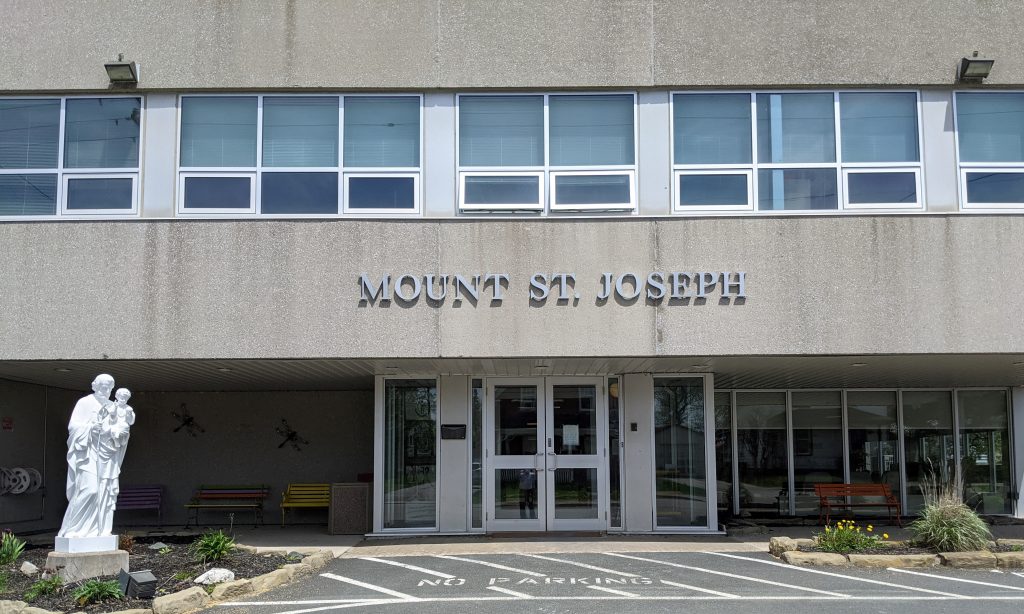 A History of Caring
Our Nursing Home

Mount Saint Joseph has been a dynamic presence in the Miramichi since 1949. Sponsored by Catholic Health International and founded the Religious Hospitallers of St. Joseph, we pursue excellence in Long Term care (LTC) while respecting the wholeness and dignity of each person.

Mount Saint Joseph has a 18 bed Memory Care Unit for those suffering from Alzheimer’s Disease or other related dementias.

Mount Saint Joseph also takes pride in the role they play in training health professionals of tomorrow. Working collaboratively with area schools, Colleges, and private training centers, we are helping shape the future of long term care in our area.

Mount Saint Joseph  is independently operated as a not for profit entity, by a voluntary Board of Directors who represent their community, and are entrusted with maintaining the Mission and Philosophy  as set out by the owners and founding religious order, the Religious Hospitallers of St. Joseph (RHSJ), now represented by Catholic Health International.

In August of 2018 we became a Private Occupational Training Agency, registered with the province of NB. The first Mount Saint Joseph Resident Attendant Training Program started in September 2017.

In 2019, our founders, the Religious Hospitallers of St. Joseph, celebrated 150 years of service delivery on the Miramichi, 70 of those as a nursing home or a Long Term Care facility.

In October 2019 we became a Designated Learning Institution with Citizenship and Immigration Canada.

Given our history of training, having once been a school of nursing for Registered Nurses and Registered Nursing Assistants, as well as providing onsite training for nursing staff, either on our own or for the Department of Post-Secondary Training and Labour (PETL), healthcare training was a natural fit.

We have been greatly supported by the Miramichi Regional Multicultural Association who provided Cultural Sensitivity Training to the Mount and their staff/volunteers, as well as assisting these IEN to obtain funding to pursue their license in Canada. In 2018 we were recognized for our success in adding IEN into our workforce and assisting them and their families into the Miramichi Community.

Mount Saint Joseph Nursing Home is sponsored and guided by Catholic Health International. It was founded the Religious Hospitallers of St. Joseph, a congregation of religious women founded by Jerome le Royer de la Dauversiere in 1636 in Le Fleche France. A married civil servant with 5 children, he wanted to provide health care to both settlers and natives, specifically in New France, now known as Canada.

It was not until 1659 – with the help of Jeanne Manse, the 1st lay nurse of North America – that the Religious Hospitallers arrived in Montreal. Jeanne had already established a hospital in 1642 with Maisonneuve, the governor of New France.
On July 16, 1869, five RHSJ’s from Hotel Dieu of Montreal disembarked at Chatham, N.B., where at the request of Bishop Rogers, they had accepted to take care of the sick, to open a boarding school for young girls and an orphanage.
Hotel-Dieu (1869-1996) 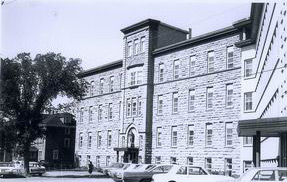 The hospital work began in 1869 in the Bishop’s former residence, which also served to house the Sisters for some months. This modest start was the beginning of 127 years of service of the RHSJ’s to the sick of the Miramichi region. From this Chatham Hotel-Dieu community would come the foundresses of two large hospitals in the United States and another smaller one in Alberta. The end of the 20th century brought great changes in the provision of healthcare due to restructuring on the part of the Provincial Government. The Hotel-Dieu disappeared in 1996 following the construction of the modern regional hospital for the Miramichi (the city so named after the merger of the towns Chatham-Newcastle).
St. Michael’s Academy (1871-1970) With the assistance of a lay person, the RHSJ’s founded a school in Chatham in 1871. Sister Cesarine Raymond, of Montreal, was the first directress. In September 1931, classes were removed into a new building and the first school became the boarder’s residence.
The Rhsj’s would remain at St. Michael’s Academy until 1969, the year it became a government elementary school. It later became a part of the New Brunswick Community College- Miramichi Campus, and functions in that capacity today.
Mount Saint Joseph (1949-present) 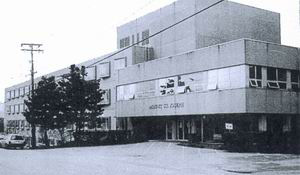 In 1949, the old section used for boarders of St. Michael’s Academy was renovated and became a residence for the elderly. In 1975 the residents of the “Mount” moved into its present 4 story building. Throughout the years, Mount Saint Joseph has expanded and adapted to new needs in its milieu.
Catholic Health International (2006)

Sister Isabelle MacLaughlin is the last in a long line of Sisters who have been dedicated to the care of the sick and elderly in Miramichi since 1869.

This is her story.